I was doing some community tree planting this morning with my kids, and while we were waiting around, I started nibbling on some of the new growth that was coming in on the spruce trees.  If you look around at the conifers this timee of year, you're bound to see the new needles forming.  They are a totally different shade of green from the rest of the tree, and a much softer texture: 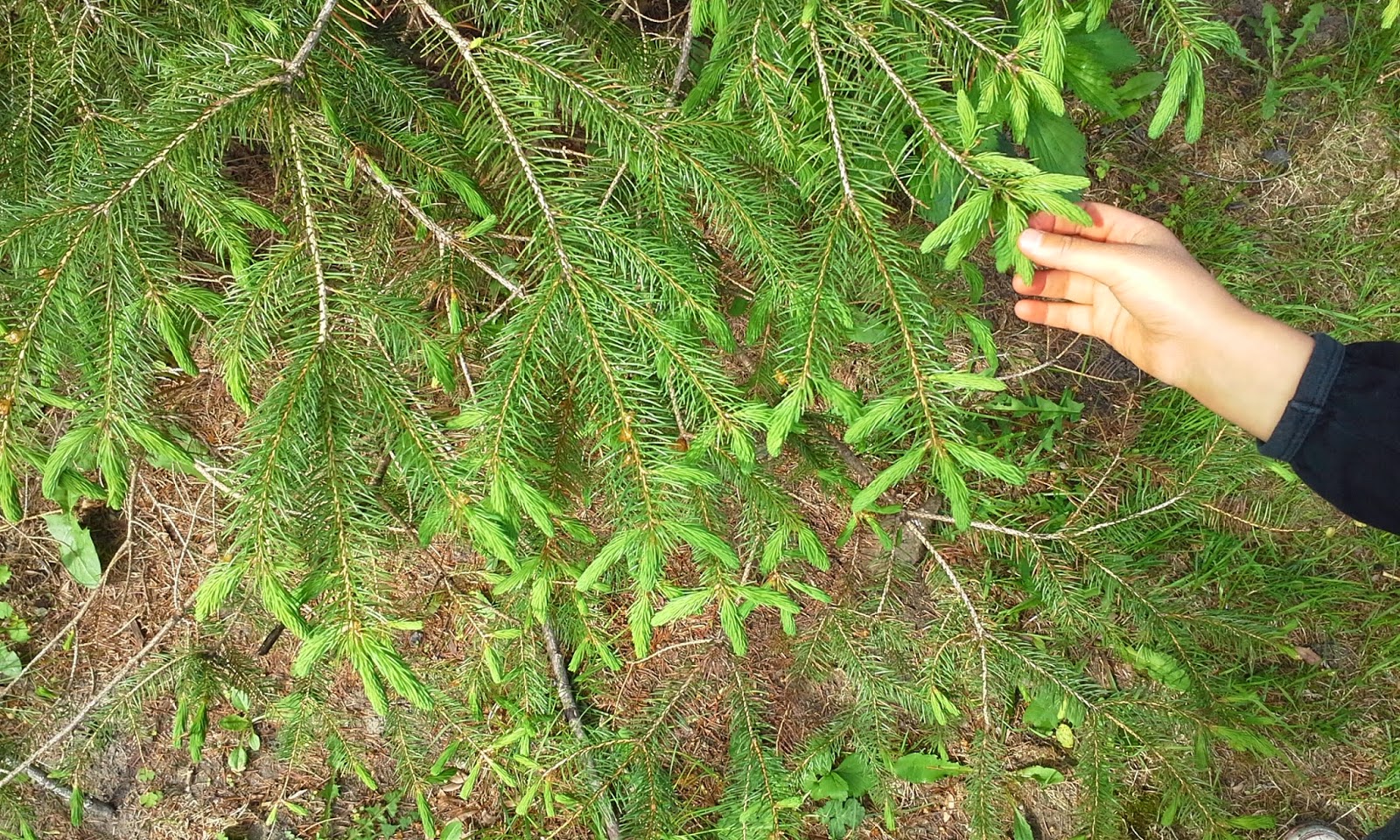 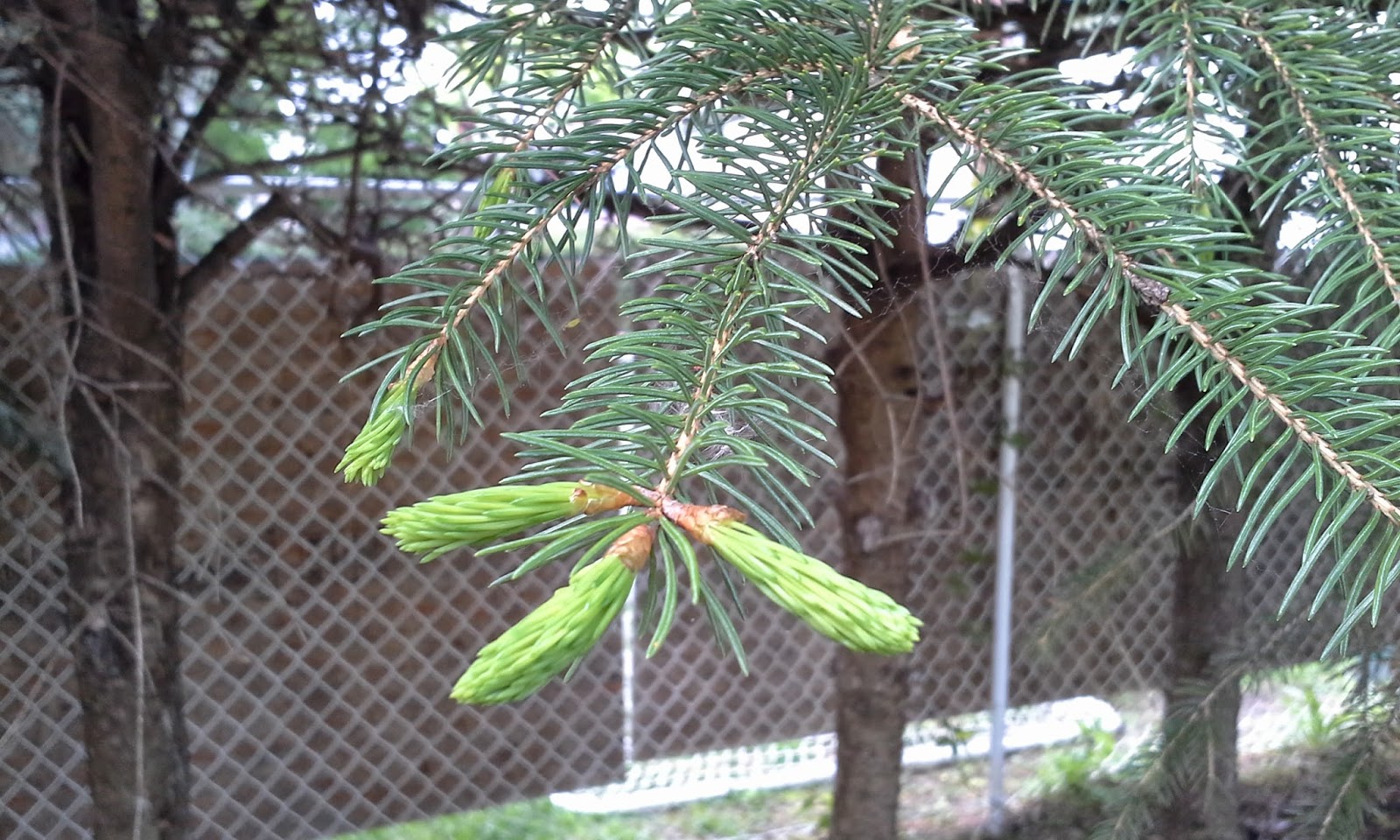 By now, my kids are completely used to me eating random plants and things growing all over the place, and they usually want to try stuff too.  These spruce tips were a huge hit however.  And well they should be - they're delicious.  Plus they're much cheaper vitamins than the pills you buy at the local pharmacy.

Long ago I had heard the story of how Jacques Cartier's crew had reportedly cured the scurvy from their long sea voyage by drinking spuce tea, which they learned from the local Iroquois.  The practice of using evergreen tea or flavoured ale, rich in Vitamin C (as well as a whole bunch of other vitamins and minerals), apparently became popular among the British Royal Navy as well.  I use it throughout the year, especially in the winter, if I ever feel a cold coming on.  However, this is the best time of year because you can just eat the new needle growth as a convenient trailside snack, rather than having to boil the branches down into tea.  They taste sour and kind of lemony, with just a bit of a Christmas Tree undertone.

I think you can use basically any kind of coniferous evergreen.  I've tried fir and pine as well, but spruce seems to me the best.  The only kind you absolutely CANNOT use is Yew.  That shit is great for making bows, but it'll kill you five ways before you hit the ground if you eat it.  Luckily Yew is pretty distinctive looking and it'd be hard to confuse it for other coniferous trees.  I've also read that pregnant ladies shouldn't use spruce tea, which is probably good advice.  I think if you're pregnant, you probably shouldn't go around nibbling on random foliage anyway, but that's just me.

For athletes, the advantages of Vitamin C are huge, of course for preventing illness but also for it's antioxidant capacity in terms of muscle soreness and recovery.  Spuce and pine have FAR more Vitamin C than citrus fruits, as well as a pile of other vitamins and phytonutrients.  No sugar and none of the filler shit that you'd get in vitamin pills.  Give them a try. But remember, just the tip....